Swiss literature translated into Russian will make you an excellent company during upcoming holidays. In 2018, eight books by Swiss writers of various genres were published in Russia—from socio-political and detective novels to comic books and fairy tales for kids. Three Swiss plays were published as part of a collection of contemporary German drama, SHAG-5.

Find out more about each of these books in our special  literary digest. Pick a book which best suits your mood and enjoy your time reading. 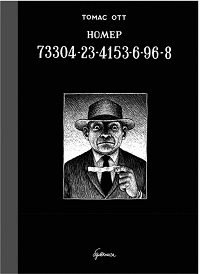 Thomas Ott is a Swiss comics artist and illustrator. He uses scratchboard as a medium, creating images on cardboards by scratching off dark ink to reveal a white layer beneath.

The Number 73304-23-4153-6-96-8 is a criminal drama about numbers controlling our life. After carrying out a death sentence, the executioner finds a note with a number on the prison floor. All of a sudden, the number starts bringing him good luck: the protagonist meets a beautiful woman and wins big at the casino. But this luck ends quickly.

Without a single word, Thomas Ott plunges the reader into noir genre and demonstrates infinite possibilities of graphic drawing.

Published by Aletheia. Translated from German by Tatyana Nabatnikova 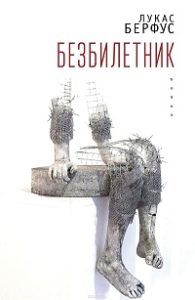 Lukas Bärfuss is among the most well-known Swiss playwrights, a regular contributor to Schauspielhaus Zürich, tutor at the Swiss Institute for Literature in Biel, and winner of numerous literary awards. He is also popular with Russian readers: supported by Pro Helvetia, his novels One Hundred Days and Koala have already been published in Russian language.

In his new novel, Hagard, Lukas Bärfuss raises questions that shed light on how we build relationships with ourselves and with people around us. The leading character is a decent European citizen who loses it when he falls in love, while his entire orderly world comes tumbling down.

The People’s Will  by Charles Lewinsky

Published by Aletheia.  Translated from German by Tatyana Nabatnikova 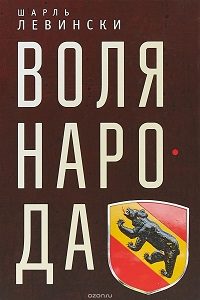 Charles Lewinsky is a recognized Swiss classic, playwright, and screenwriter, author of several world-famous novels. Russian readers are already familiar with his novels Gerron and Andersen.

The People’s Will is a detective story set in the near future. The plot unravels around the journalist’s suicide, committed under strange circumstances. Investigation process reveals that top-level politicians are involved in the case.

Published by ArsisBooks.  Translated from German by Svyatoslav Gorodetsky 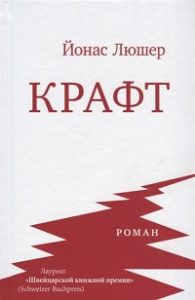 Jonas Lüscher is a writer, literary editor, and screenwriter. He graduated from the Munich School of Philosophy. In Russia, he is known for his sensational novella Barbarian Spring.

The protagonist, a professor of rhetoric Richard Kraft, travels to Silicon Valley to justify the benefits of scientific and technological advances and earn a million dollars for this. Jonas Lüscher creates a brilliant and fascinating satire by criticizing digital totalitarianism and demonstrating the clash of European cultural traditions with unreasonable American optimism.

The Dead  by Christian Kracht 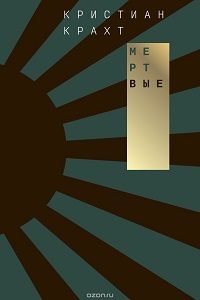 Christian Kracht is one of the most interesting emerging German-speaking writers, author of 4 novels and several collections of short stories and essays.

The Dead novel is set in the 1930s’ Japan and Germany. At the center of the story are a fictional Swiss director Emil Nägeli and a Japanese official of the Ministry of Culture, Masahiko Amakasu. The characters come up with an idea to create joint film projects and ‘resist American cultural imperialism.’ In 2016, The Dead was awarded the Hermann-Hesse-Literaturpreis and won the Swiss Book Prize. 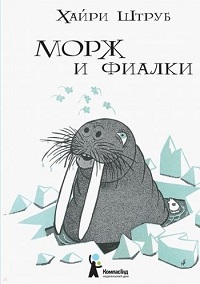 Heiri Strub is a classic author of Swiss children’s literature. Das Walross und die Veilchen (“The Walrus and Violets”) is a cautionary tale with elements of satire and farce. It tells a story about a kind-hearted clumsy walrus that, thanks to the Gardener, loved the smell of violets and the taste of melons. But the North Pole is no place for either violets or melons. As soon as the Gardener shuts down his greenhouse and leaves, the walrus feels very sad, and finally decides to set off on a desperate journey across half of the planet. In his travels, he will meet many wonderful people and animals, win a victory in a criminal story, and spread melons throughout the North. 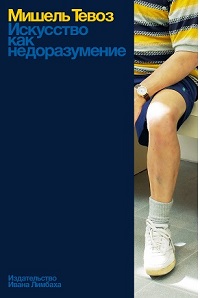 Michel Thévoz is a Swiss writer, art historian, and curator, who directed the Collection de l’Art Brut in Lausanne from its foundation in 1976 until 2001.

L’Art comme malentendu (“Art as a misunderstanding”), a new book by Michel Thévoz about Art Brut, is a masterful essay which argues that art history of the last two centuries is a series of mistakes and misunderstandings. The author maintains that artists are the key provokers who destroy the norms, while the turn towards outsider art and deformity has become the driving force for the artistic process.

The Man Who Brings Happiness  by Catalin Dorian Florescu 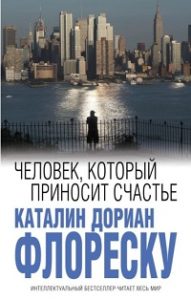 Catalin Dorian Florescu is a Swiss-based author of Romanian origin. His literary work is not restrained by any national borders. He manages to skillfully play with popular Western stereotypes about Eastern Europe.

In The Man Who Brings Happiness, we experience the greatness and tragedy of the XXth century through the stories of Ray and Elena’s families. The man and woman unexpectedly meet in New York in a moment sad for both of them. Elena, daughter of a Danube fisherman, brings her mother’s ashes to USA. Ray, unemployed actor, dreams of the glorious fame his grandfather once had. The book tells a both sad and funny story about life of several generations, their search for happiness and a place in the sun.