The 4th Ural Industrial Biennale of Contemporary Art takes place in Yekaterinburg and the cities of the Ural region on September, 14 – November, 12.

Launched in 2010 the Biennale has turned into a significant event both locally and internationally. This year, the project hosts 127 artists from 23 countries. The objective of the Biennale is to explore the industrialism as a cultural heritage and as an activity realm in the Urals.

New Literacy is the theme of this year’s Biennale. According to its curator João Ribas (Portugal), the main project becomes an investigating tool of how the practices of contemporary art production may assume the basic role for understanding the new reality.

Total of 20 sites are involved, including one in Moscow where a retrospective exhibition of the Ural art will be presented at the NCCA space.

The artist-in-residence programme embraces exhibitions enroute to 27 cities of the Urals. They include visits to industrial enterprises and public spaces where artists’ projects are on display. The purpose of these residences is to find touch points of contemporary art, the Ural production facilities, workers, artists and locals.

The Ural NCCA branch has developed 59 excursion routes with a total length of 19,000 km. The excursions take place every weekend until November. An up–to-date route schedule is available here.

The Swiss participants of the artist-in-residence programme are Florian Graf and Rudy Deceliere. Their works are shown on the main Biennale site, the former engineering equipment manufacturing plant located at 17, Gorky Street in Yekaterinburg. The installation of Rudy Deceliere is presented at the Demidovs’ Estate in Kyshtym, and Florian Graf’s work is shown at Satka.

The performance platform is an important part of the Biennale. It forms a new type of theatrical action in Yekaterinburg based on the aesthetics of post-dramatic theatre. It sets a new direction for theatre life development in the city. This platform provides an opportunity for interaction of directors, actors, artists, musicians, dancers, playwrights, and composers. This interaction results in diverse performances staged in non-theatrical space.

The main event of the programme is the oratorio “Lights of the Urals” specially created for the Biennale. One of the oratorio composers is the Swiss Carlo Ciceri.

Find out more about Carlo Ciceri and the Lights of the Urals here.

Organizer: Ural branch of ROSIZO-NCCA (National Center for Contemporary Art) with support of the Ministry of Culture of the Russian Federation

Lights of the Urals oratorio

Lights of the Urals is the story the first lights lit on the industrial map of Russia. The performance is based on the libretto by Nikolay Kharitonov, a writer and a journalist of the Ural Worker  newspaper. It was written in 1932 to commemorate the 15th anniversary of the October Revolution.

The first act of the oratorio tells how the first metallurgical plants, foundries, and copper smelters were built in the Urals during the first half of the 18th century. In this time period the relations with the Urals native people, the Bashkirs, worsened as they were against large-scale construction on their lands. The aria of the old bashkir culminates the first act.

The second act of the oratorio is a hymn to the proletariat in general and the best workers in particular. The action moves to 1932, a victorious year for the Urals industry.

The artistic and choreographic interpretation of the oratorio raises it to the scale of the Greek tragedy. The soloists and the choir appear both as the magicians and slaves who sacrifice themselves to their industrial gods, the giant factories. This fascinating and near ritual action is accompanied with rumbling and roaring of machines.

The staging is focused not only on the pathos of creation, but also on some cruel periods in the Russian past. It is a call to prevent a return to the times when human lives were sacrificed to industrialization.

The international creative exchange has become an important part of this project. It has resulted in the joint work over the oratorio music by the Swiss composer Carlo Ciceri and his Russian colleague Dmitry Remezov.

The Lights of the Urals premier is presented to the public at the Verkh-Isetsky Yekaterinburg Culture and Art Center on September 14. 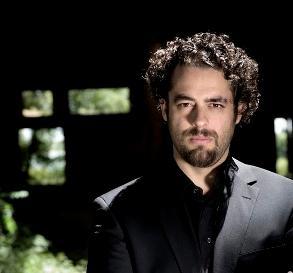 The music for the second part of the Ural Lights oratorio is written by the Lugano composer Carlo Ciceri.

Carlo Ciceri is a laureate of numerous international competitions, a member of the executive committee and the head of the promotion division for the RepertorioZero ensemble. In 2011, he was awarded the Silver Lion of the 55th Venice Music Biennale. He is co-founder of the Crile group and the Dance, Music, and New Media research team. He teaches at the Scuola Civica di Musica in Milan and conducts composer workshops at the Conservatorio della Svizzera Italiana in Lugano. 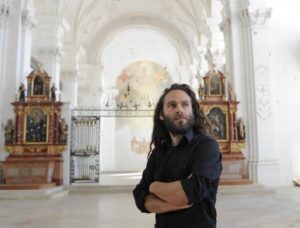 Sound artist Rudy Deceliere lives and works in Geneva where he graduated from the HEAD, one of the leading Swiss schools of art and design. Rudy works both indoors and in open space exploring the capabilities of sound in his installations. The artist is interested in exploring architectural elements, locations of the objects, and natural sound landscapes. For 15 years he has been examining copper as a source of sound. While extracting sounds with the help of metals, Deceliere brings the sound into space and creates its visualization.

Rudy Deceliere’s dimensional installations created at the Kyshtym copper electrolytes plant is presented both at Kyshtym Demidovs’ Estate and at the main biennial exhibition in Yekaterinburg.

Info: Kyshtym Demidovs’ Estate, or the “White House”, is one of the major city sights. In 1757, it was established by Nikita Demidov, the son of the famous Urals industrialists dynasty founder. In the end of the 19th century, the governor of the Kyshtymsky mountain district Karpinsky created a museum of minerals, ore, and art castings there. During the Soviet era, the main building of the estate housed various state institutions: a vocational school, a nursing school, a pioneers’ house, and a school of working youth. The museum was reopened there in 1979. 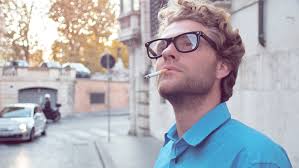 Florian Graf has received a degree in architecture in Switzerland, he also studied in the UK and the US art schools, and he was a U.S. Fulbright program fellow.

In his work he explores the relationship between space and man as well as emotional and psychological impacts of architecture on a beholder. The artist intervenes and integrates architecture and social environments. He creates a poetic space where imagination and daydreaming become real.

The works of Florian Graf were demonstrated in Russia three times. He has created an interactive sculptural object within the Ural Biennial artist-in-residence program and in cooperation with Satka Magnezit plant. The object is presented in Yekaterinburg and in Satka.